We believe in caring for the "whole educator".  For this reason we deliberately offer our regional workshops in locations that far exceed the need for just a meeting room and a speaker.  We design and implement professional development experiences that are authentically 21st century, interactive, enormously informative and FUN!  No "sit and get" lectures here!

BEYOND the workshop itself are the interests and unique talents of the educators who attend our workshops.  We therefore select environments that will also nurture the attendees;  these environments are varied, but all offer important historical, cultural, entertainment, environmental and dining opportunities that you do not have at home!  Here are a few of the opportunities awaiting you in New Orleans - and while we know that you will be enriched by the whole experience, think about how each of the following experiences will provide you with excellent resources and ideas to take back to your students, colleagues and community!

As you examine each of these take moment to consider the connections to 21st century skills as well as to content standards!

Note:  When designing curriculum based upon, or including, any of the following resources it is very simple to include multiple ways to develop all of the 21st century skills:  Creativity, Collaboration, Communication, Critical Thinking, Problem Solving, Curiosity, Adaptability, Agility, Initiative and Entrepreneurialism. 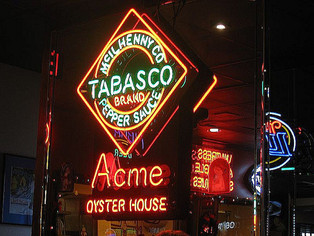 A visit to the ACME Oyster House is a must!  Born in the French Quarter!  For over 100 years, Acme has been satisfying the hungriest of people all over the world! Fresh, hand-shucked Louisiana oysters. Whether served ice cold on the half shell, char-grilled and sizzling in garlic butter or fried to golden perfection, Acme oysters are some of the best you'll ever have.

And it's not just the oysters, they serve all of the New Orleans classics like red beans and rice, seafood gumbo, jambalaya and more, all seasoned to perfection and served with a smile. So pull up a chair, take in the history and soak up the flavor.

Also see our Foodie New Orleans page.  Warning:  you will get hungry! 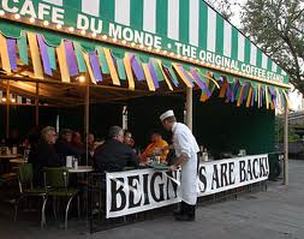 The Original Cafe Du Monde Coffee Stand was established in 1862 in the New Orleans French Market. The Cafe is open 24 hours a day, seven days a week. It closes only on Christmas Day and on the day an occasional Hurricane passes too close to New Orleans.   It was major news, and live on CNN the first day they reopened after Hurricane Katrina.

The Original Cafe Du Monde is a traditional coffee shop. Its menu consists of dark roasted Coffee and Chicory, Beignets, White and Chocolate Milk, and fresh squeezed Orange Juice.
The coffee is served Black or Au Lait. Au Lait means that it is mixed half and half with hot milk. Beignets are square French -style doughnuts, lavishly covered with powdered sugar. In 1988 Iced Coffee was introduced to the cafe. Soft drinks also made their debut that year. 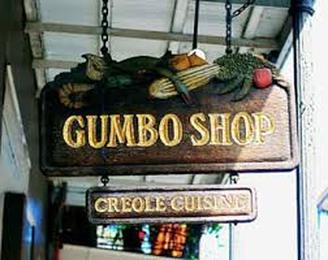 One thing I've discovered over the many years I've visited New Orleans, there is no such thing as bad gumbo!  Each restaurant has it's own recipe and distinctive taste.  The fun is in finding the perfect one for your own tastes!

Check out the New Orleans Dining Guide for more information. 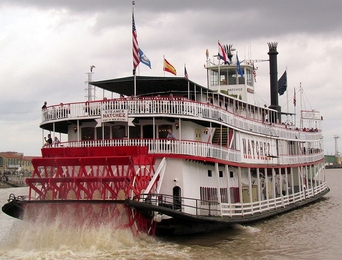 Have you ever been curious what it might have been like to take a riverboat trip down the mighty Mississippi?  Now you can experience it firsthand!

The Steamboat NATCHEZ Dinner Jazz and Daytime jazz cruises … run daily, year round.
Owned and operated by the Impastato family since 1914, it is a place that suspends you in time, where you can hear Beethoven's Eroiqua, which he composed for Napoleon and the music of other classical masters, while sipping a Pimm's Cup, and basking in an ambiance that could only be New Orleans."

Information here is from the web site, The World's Best Bars.
For well over a half-century, there has been a plein air artist colony at Jackson Square. Local artists paint, draw, create portraits and caricatures, and display their work on the square's iron fence. Some have been there for generations!

Jackson Square is a favorite site for visitors and locals. The artists, restaurants, museums, merchants and the square itself make Jackson Square one of the French Quarter's most popular destinations. 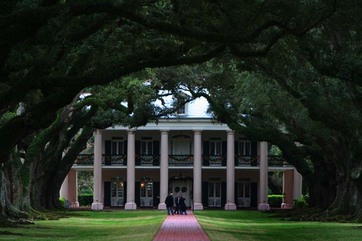 At the time Oak Alley was built, the River Region sugar industry was flourishing, and a chain of stately plantation homes lined the banks of the Mississippi.
We do know that Jean Lafitte operated from Barataria Island in Barataria Bay, south of New Orleans. The local authorities knew where his camp was located, and even succeeded in overrunning it once. Because of his assistance to Andrew Jackson during the Battle of New Orleans, he received a Presidential pardon, and then disappeared into the foggy mists, for all time. Later, The United States built Fort Livingston on his island, and its ruins are there to this day. If you visit the Town of Lafitte, you may get a boat ride to the island. 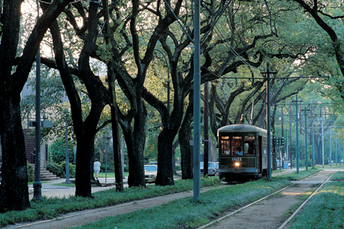 Other cities have trolleys, in New Orleans they have streetcars, or Trollies, and they’re as much a part of the city as red beans & rice on Monday’s. Here they’re as much of a tourist destination as they are a means for commuters to get to and from their office.

The New Orleans streetcars have the distinction as one of the first passenger railroads in the United States and one of the oldest continuously operating street railways in the entire world. 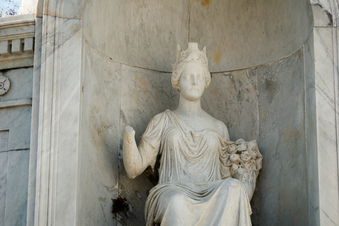 Cities of the Dead - the Cemeteries
Along with Spanish moss and lacy iron balconies, the cities of the dead are part of the indelible landscape of New Orleans. Their ghostly and inscrutable presence enthralls visitors.

These cemeteries are famous around the world, and whether you're looking for a classic ghost tour, or a movie director looking for a spooky shooting location, you can't miss them! 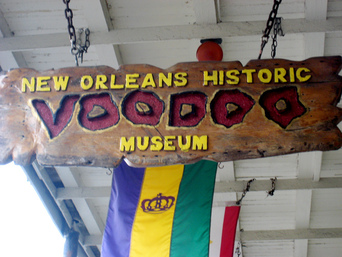 Who do the Voodoo?

If you love the strange, spooky, bizarre and the downright weird, you have to check out these two places!

You can find a wide variety of items to help in both learning and practicing spiritual and religious ceremonies. Tribal masks and statues from around the world.

The New Orleans Historic Voodoo Museum is one of the most unique, and interesting, small museums in the country.  Taking all the mysteries, the secrets, the history and folklore of rituals, zombies, of gris-gris, of Voodoo Queens and all that jazz, and putting it all in one place in the heart of the New Orleans French Quarter.
And that's not all!  You will have to go to the New Orleans Official Tourism web site, because we have barely scratched the surface! We haven't mentioned world-famous Bourbon Street, museums, shopping, architecture, sports, the Port of Orleans, Harrah's Casino (on the Mississippi River and adjacent to the French Quarter), St. Louis Cathedral (spectacular), the Old U.S. Mint (only building to have served as a mint for the U.S. government and the Confederate government), the Pharmacy Museum, and the Bastille Day Celebrations which take place July 11-14, 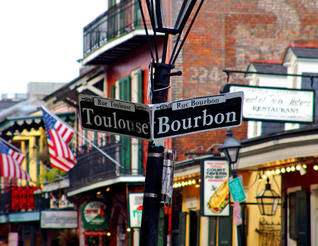 Click here to down load your mobile apps to iPhone or Android.