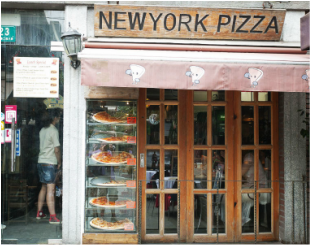 Nothing divides New Yorkers like bragging rights to the city’s best pizza (okay, so maybe the Mets vs. Yankees rivalry). So we’ll let you be the judge and sample four of Gotham’s most notable pies: Lombardi’s on Spring St. for its coal-oven-crispness and fresh mozzarella; John's of Bleecker St for its made-to-order, brick-oven authenticity; Patsy’s Pizzeria on First Ave in East Harlem for its prized sauce and crispy-edges; and Sal & Carmine on Broadway at 102nd St for its cheesy, slightly chewy slices. 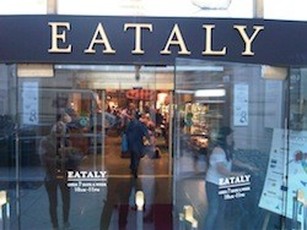 One half gourmet market and the other Italian food court, Eataly (at Fifth Ave. and 23rd St.) is the brainchild of celebrity chef Mario Batali. Arrive hungry—and thirsty since there’s wine by the glass on the main level and beer on tap in the rooftop Birreria. Take your pick of handmade pasta, seasonal fish, prosciutto, fresh mozzarella, and all the other good things Italy is known for—including molto delizioso gelato. 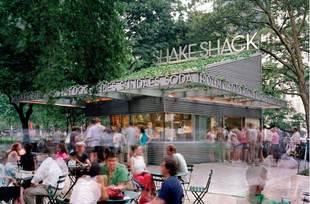 Shake Shack began in 2004 as a shack in Madison Square Park, but has grown into a sizzling mini empire with six NYC locations and Shacks as far-flung as London and Istanbul. Credit restaurateur Danny Meyer, who delivers a delicious burger, fries and shake (albeit after a bit of a wait) at affordable prices. 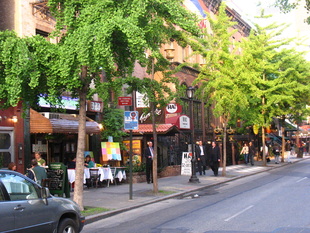 Over the past few years, a culinary surge has taken place on lower Frederick Douglas Blvd in Harlem. From W 110th St to W 120th St you’ll now find a melting pot of eateries, among them: Bier International for German sausages, pretzels and pilsner; Lido for modern Italian a la gnocchi with truffle butter and pecorino; Melba’s for American comfort food such as BBQ turkey meatloaf; Zoma for savory African/Moroccan; and Vinateria for tapas-style Italian and a nice wine selection. 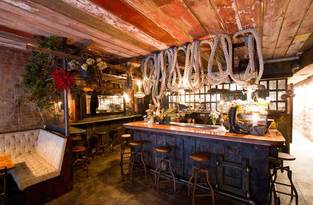 EDI & THE WOLF
Brunch spots are as common as potholes in NYC, so if you want uncommon head to the East Village to Edi & the Wolf (named for Austrian chefs Eduard Frauneder and Wolfgang Ban). A departure from their high-end Seasonal restaurant, this $16 brunch menu starts with an impossible-to-resist bread basket (chocolate cherry, challah and pumpernickel) and forces you to choose between scrambled eggs with crispy onions, walnuts and gruyere; a schnitzel burger on brioche roll with pickled peppers and avocado cream; and other unconventional delights. 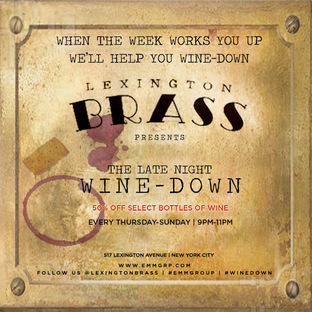 A refreshing alternative to the traditional midtown dining mélange, Lexington Brass abandons the old school model of formal white tablecloths for a bustling, bistro-like experience better suited for the new wave of modern Manhattan diners.  Stripped of pomp and circumstance, the Lexington Brass design is spacious but edgy, emoting an air of casual refinement with top-notch service and a simple menu of bistro favorites that, for the weary traveler or overworked Manhattanite, will feel reminiscent of home. 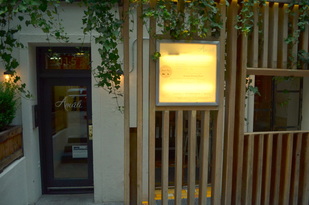 Amali, a Mediteranean eatery on the Upper East Side, adheres to a strict farm-to-table dining experience -- using local vegetables, grains and dairy products -- and only buying whole animals. Greek-infused specialities like the lamb porterhouse and Kataifi cannoli are not to be missed.